Among the basic principles learned in tax courses is the world income taxation. In other words, you will pay Canadian and Quebec tax regardless of the source of the income. Whether it is income from property in the US, dividend income from Brazil or pension income from the UK, it must be declared in Canada and a tax must be calculated as if this income had been earned in Canada.

Now, before you panic, there are options that will help avoid double taxation. The foreign tax credit and the tax treaty.

Canada has signed tax treaties with the majority of countries. They are intended to avoid double taxation. Despite this objective, double taxation is not always avoided because it is the country’s tax laws that outweighs over the tax treaty. There are some laws that exist only in Canada and not in abroad and vice versa. For example, the reduction in property income existing in certain European countries but does not exist in Canada. Or the disposition of RRSPs for an emigrant to the United States.

Canada and Quebec try to avoid double taxation for their residents by applying the foreign tax credit. This foreign credit is a maximum of 15% of the income at each of Canada and Quebec governments and the excess acts as a deduction. This deduction should be avoided as much as possible.

Let’s take an example to explain all this. Take the case of Antoine, who is a Quebec tax resident. Antoine has 3 sources of income:

With this income, Antoine is taxed at 37% at the federal and provincial levels combined. If his income had been earned in Canada, Antoine would pay 37% on pension income ($3 700) as well as on the property income ($1 850). However, Antoine is an informed taxpayer and has done his research.

The challenge of complying

If you have previously failed to report certain foreign source income, voluntary disclosure is your best option to avoid thousands of dollars in penalties. Ask our advisors to inform you about this. Writing voluntary disclosures is a service offered at Acomptax.

The challenge of reducing you tax

There are many interesting ways of reducing tax in Canada. Decisions are often counterintuitive in taxation. It is sometimes more advantageous to refuse the foreign tax credit and take amortization. Or refuse the deduction of foreign tax on employment income.

Clearly, the situation of each person is different, and we are a trusted firm to file your return which contains foreign income. You can make an appointment in the left menu when you are ready. 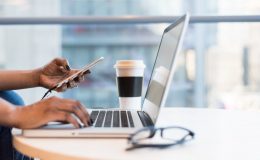 Be careful with your foreign assets – Voluntary disclosure 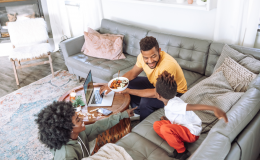 Certificates of compliance for non-resident 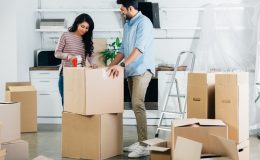 The 90% rule for newcomers to Canada

Your capital gains on Bitcoin and other cryptocurrencies